The drink that warms the soul of the Island 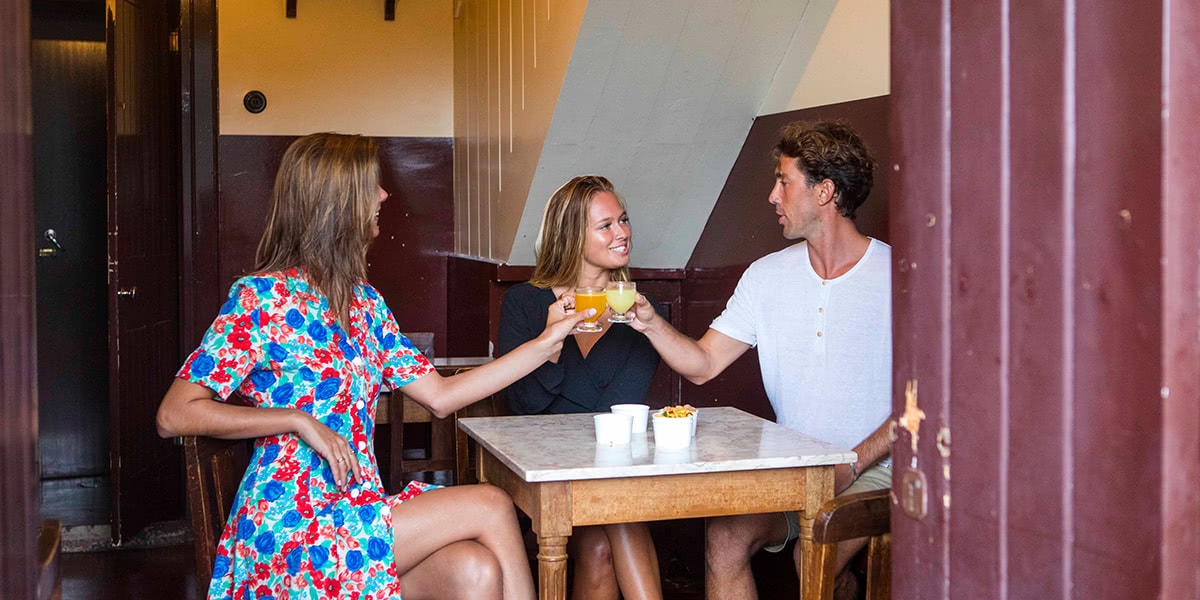 “Poncha” is a drink that has been consumed since the 16th century by Portuguese and Spanish navigators, resulting from a syrup of cane spirits and cane molasses produced on Madeira island, used to conserve lemons during ship voyages.

It is a traditional drink created on the Island of Madeira, and some reports point to the launch of “poncha” in the old fishing village of Câmara de Lobos. Made with sugar cane brandy, sugar and lemon (traditionally known as ‘pescador’), or various flavours such as passion fruit, tangerine and traditional (using honey instead of sugar) amongst others.

Even more!!  Our crew is experienced in preparing “Poncha”, giving a live explanation as it is being mixed. Now relax, take a seat, put on your sunglasses and savour our unique “Poncha” to the sounds of the Atlantic Ocean on any of our trips.